Coming from a family who escaped Communist Albania, I always wondered what was Albania like? What makes up this place that I have heard so many stories about? I always heard of the mountains in the north of Albania where my family is from. I always wanted to visit the motherland, “Me ec n’token time n’Begaj”, the village where my grandfather was born.

When I finally did for the first time in 2008 it was a complete shock in the best way. Being born and raised in New York I never knew what breathing pure mountain air meant, drinking “uje bjeshke” that my grandfather always spoke of was like drinking water for the first time in my life. The connection to my land was true and I knew I would be back with an even stronger purpose. 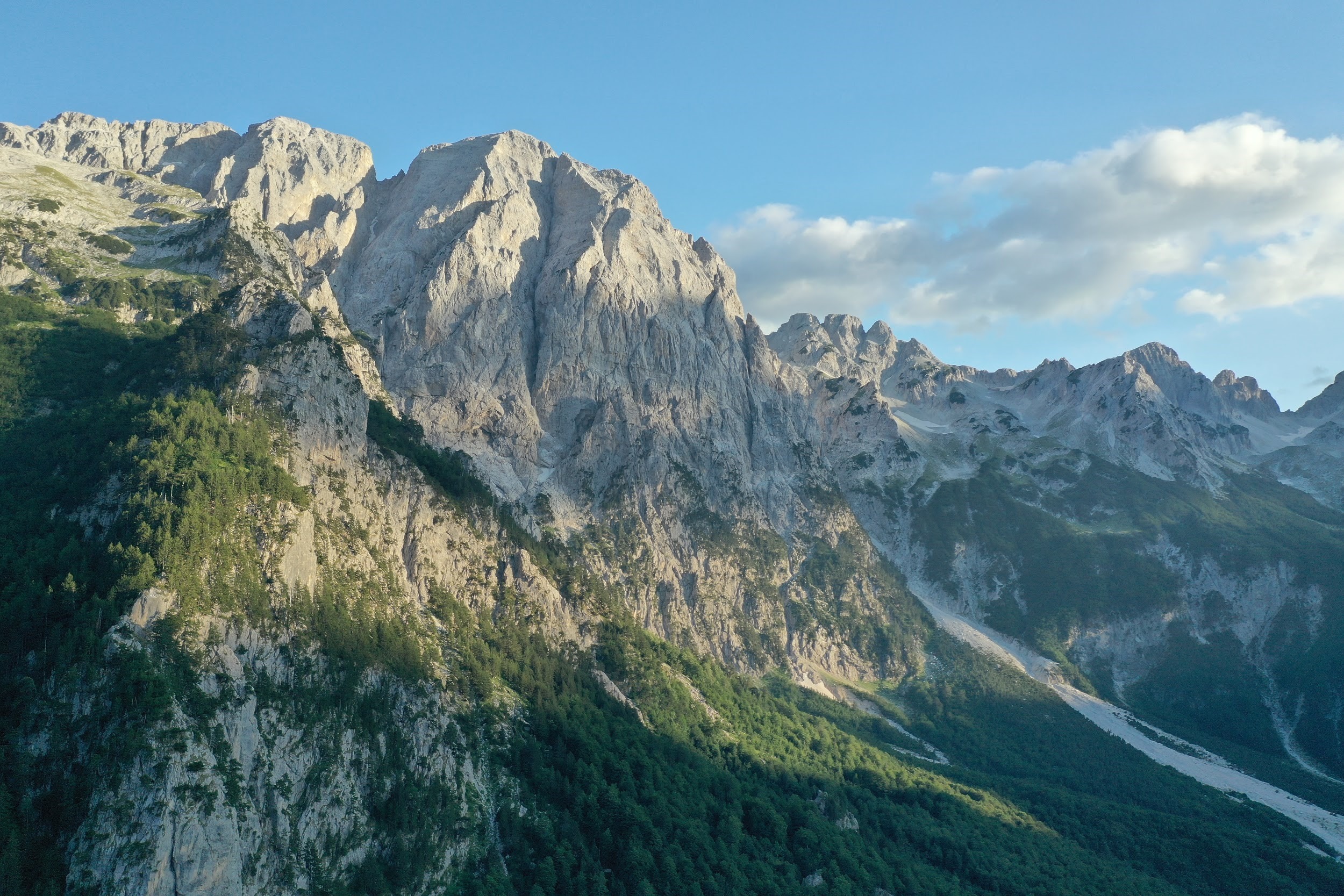 The protected natural park of Valbona boasts some of the most stunning white rock mountains in the north of Albania.

As an Albanian born in America and being part of the Albanian Diaspora I knew it was my duty to discover my roots. It wasn’t enough to simply visit the motherland but I had to find a way to make an impact. I eventually decided that I would want to go about this discovering in a way that made sense for me as a chef; food would become the medium to discover my roots.

This is how the Albanian Gastronomy Expedition came to life. During our first phase of the Expedition, May-August 2019, we traveled almost 10,000 km through almost 400 villages. Over these 3 months, we travelled through, sampled, documented and understood firsthand the flavors of every region.

Growing up with a grandmother from Has and eating the most amazing traditoinal cooking as a child are memories that are engraved in my mind.

Historically Albania has been at the crossroads of empires and civilizations even though it has often been isolated from the mainstream of European history. For this reason, Albanian cuisine has been influenced by surrounding culinary cultures and it has been often considered a melting pot of Mediterranean, Balkan and Ottoman cuisine. 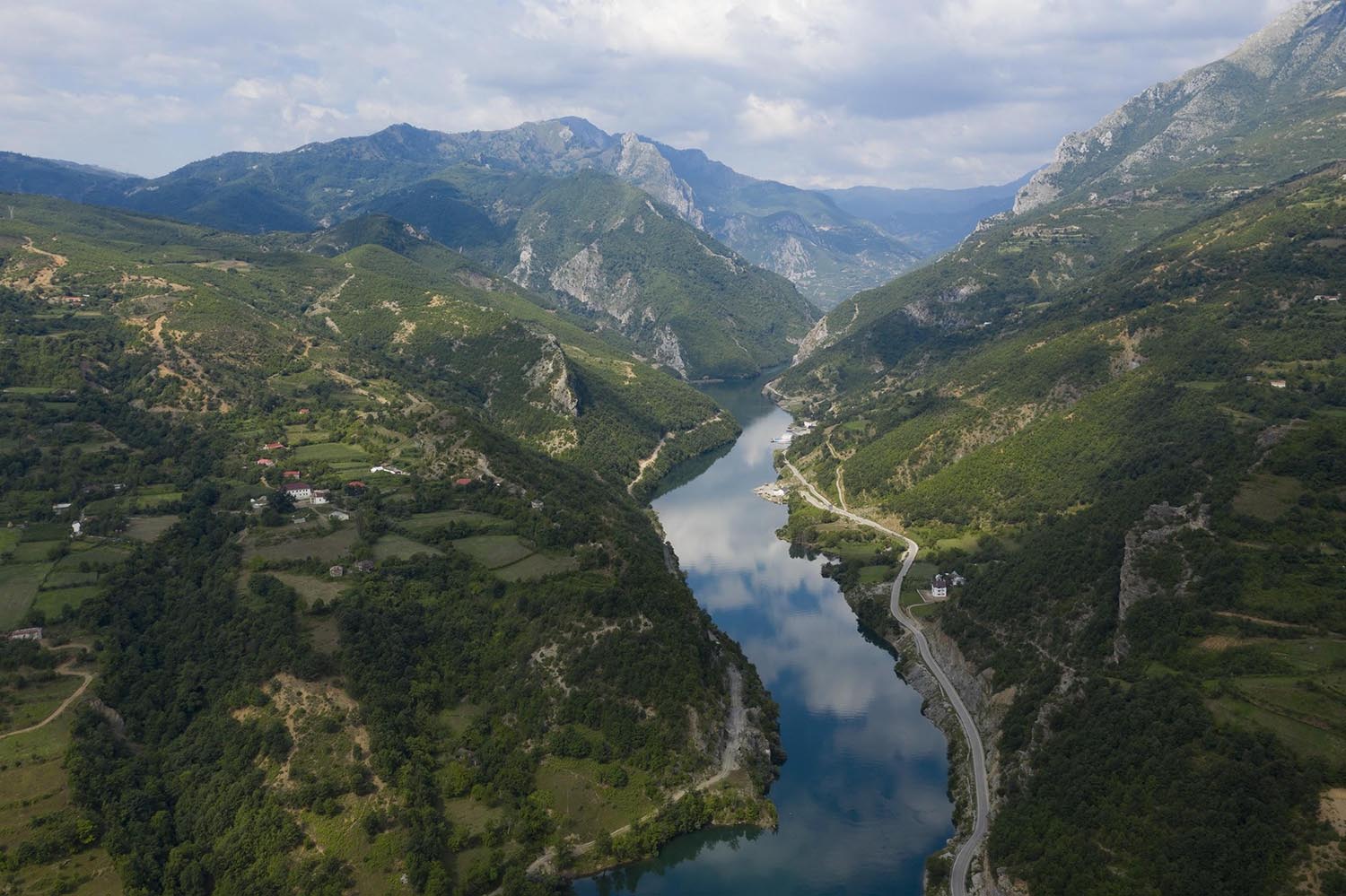 Studded with robust mountains of white rock, rolling hills, deep lakes, wild rivers, ancient forests and blue sea, Albania’s landscape is one that has been written on many accounts. Here is a high altitude view of River Komani.

With this in mind, there are still hidden treasures to be discovered especially in the isolated mountainous areas. You know you have reached a destination with such rich traditions when it takes 3 hours to get to, and it’s only 10 kilometers away from you. Isolation defines the breadth of creativity and ingenuity that Albanians have developed over many centuries. 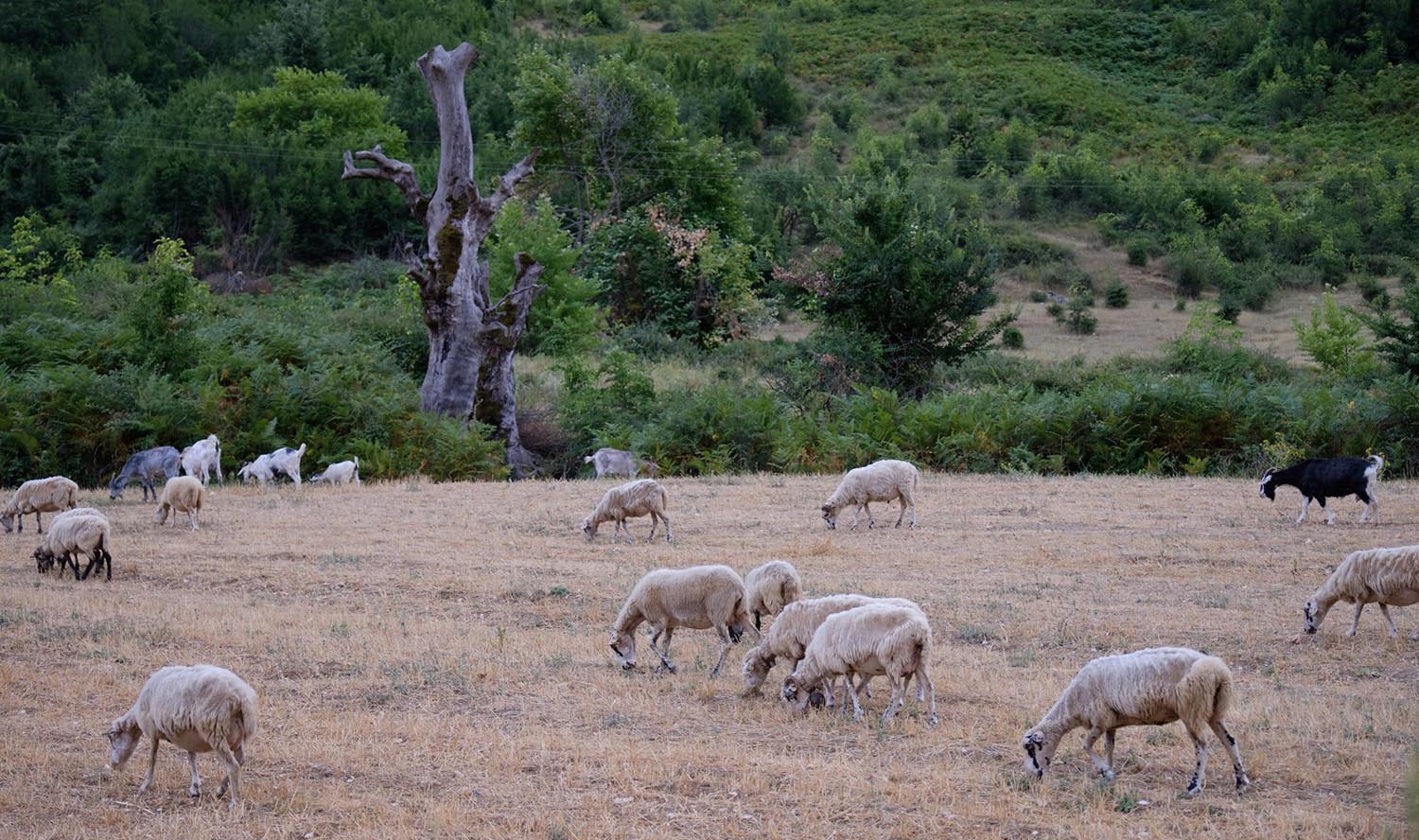 Albania has a Mediterranean climate, with hot, dry summers and mild winters and is blessed with almost 325 days of sun per year creating conditions for the cultivation of a multitude of agricultural products.

Albanians are a mountain inhabiting people by nature and throughout history have perfected the cooking habits of traditional pastoral life. Dairy production and open fire cooking are two of the pillars of Albanian Gastronomy and are two of the strongest proficiencies of the traditional Albanian kitchen. 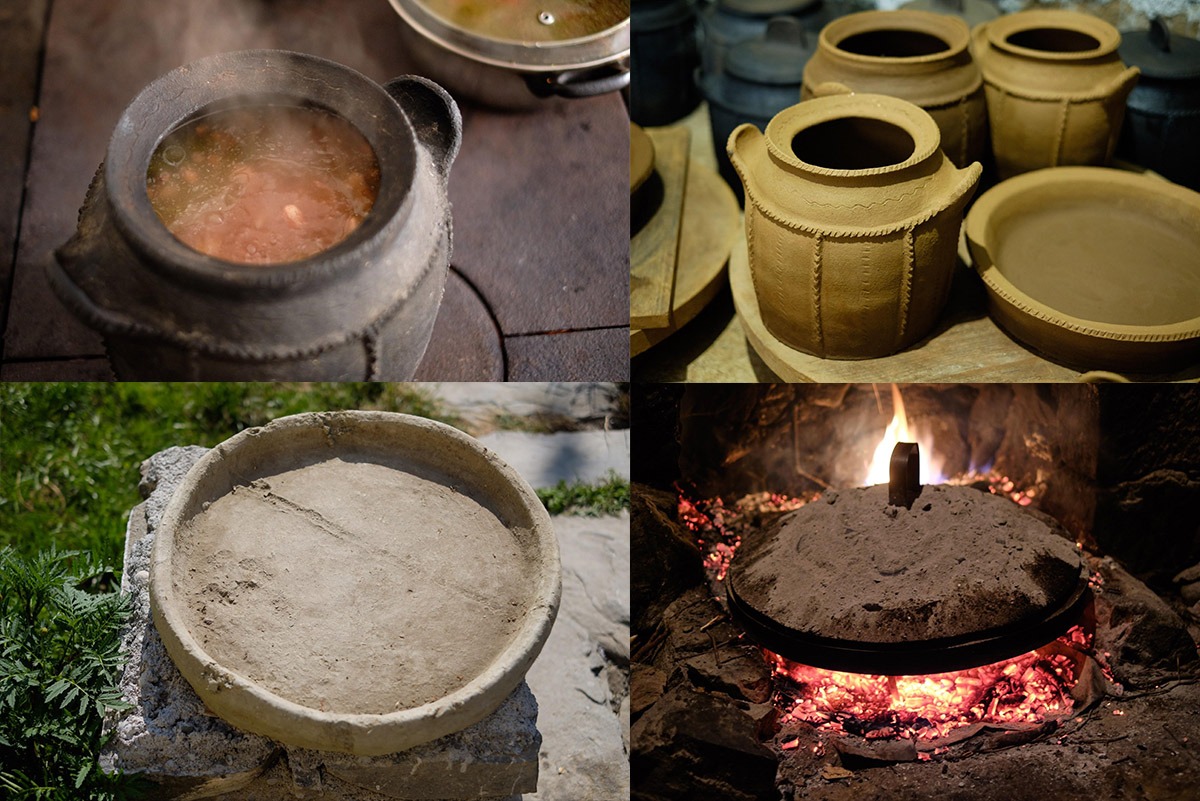 Clockwise from top left: vorba, an ancient earthenware cooking vessel made from varieties of minerals developed in the village of Gojan here in use stewing beans; early stage of crafting a vorb; cerep during the forming process; saç, essentially a metal lid topped with charcoal and ashes and used as a heat source from above to cook things like burek, lakror and flija.

In the traditional Albanian kitchen lie the handmade cooking vessels which impart that unique flavor that cannot be replicated in any restaurant. Traditional Albanian cooking ware is very esoteric in nature, addressing honest needs directly. The beauty in the craftsmanship lies in this.

Here are a few findings of the first phase of the Albanian Gastronomy Expedition: 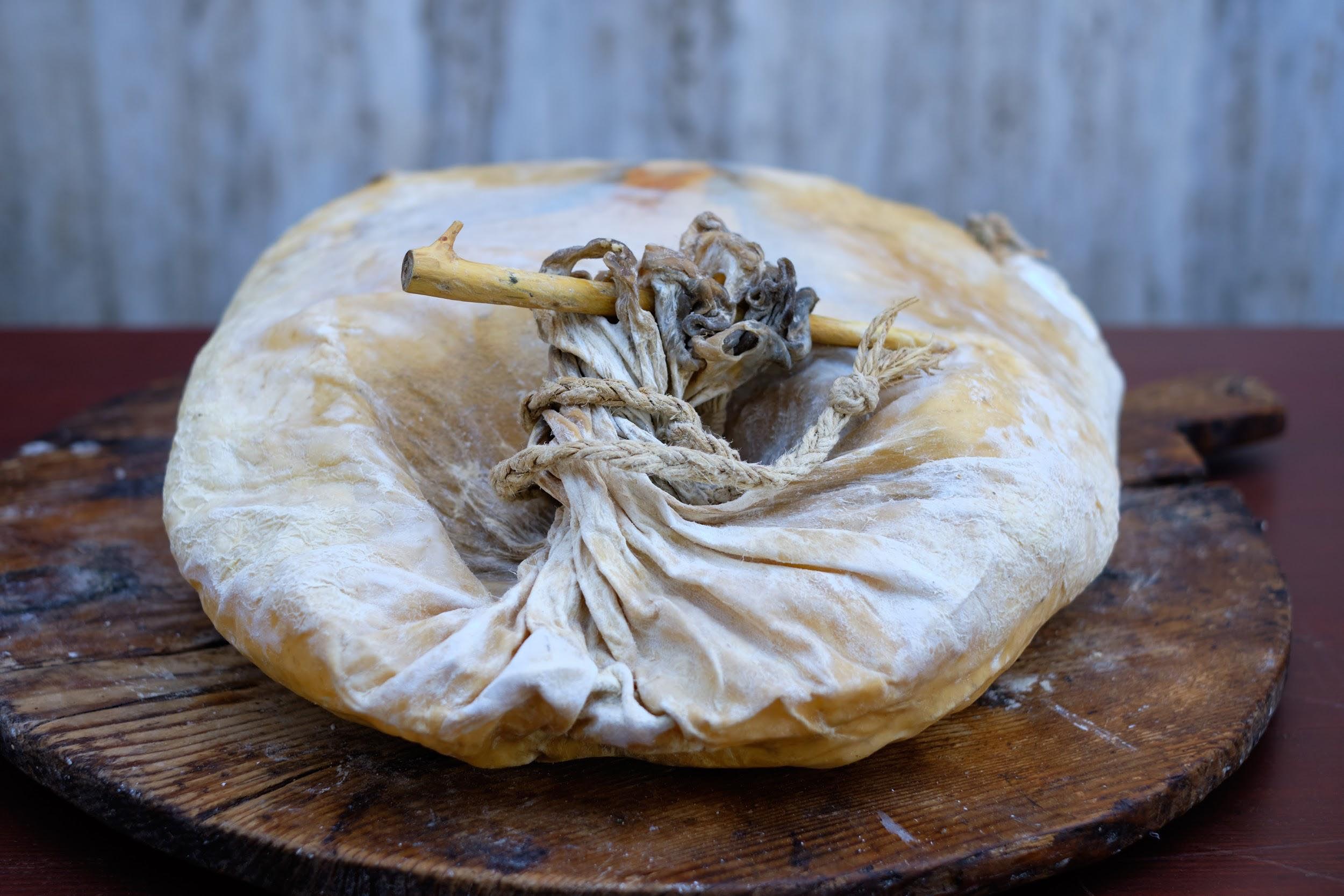 The oldest method of preserving dairy known to man is still done in regions of Albania today daily and represent the ingenuity developed over centuries of isolation creating techniques essential to survival. The flavor from this is truly special and is a true representation of the land. Ancient, esoteric, genius and ahead of its time all at once. 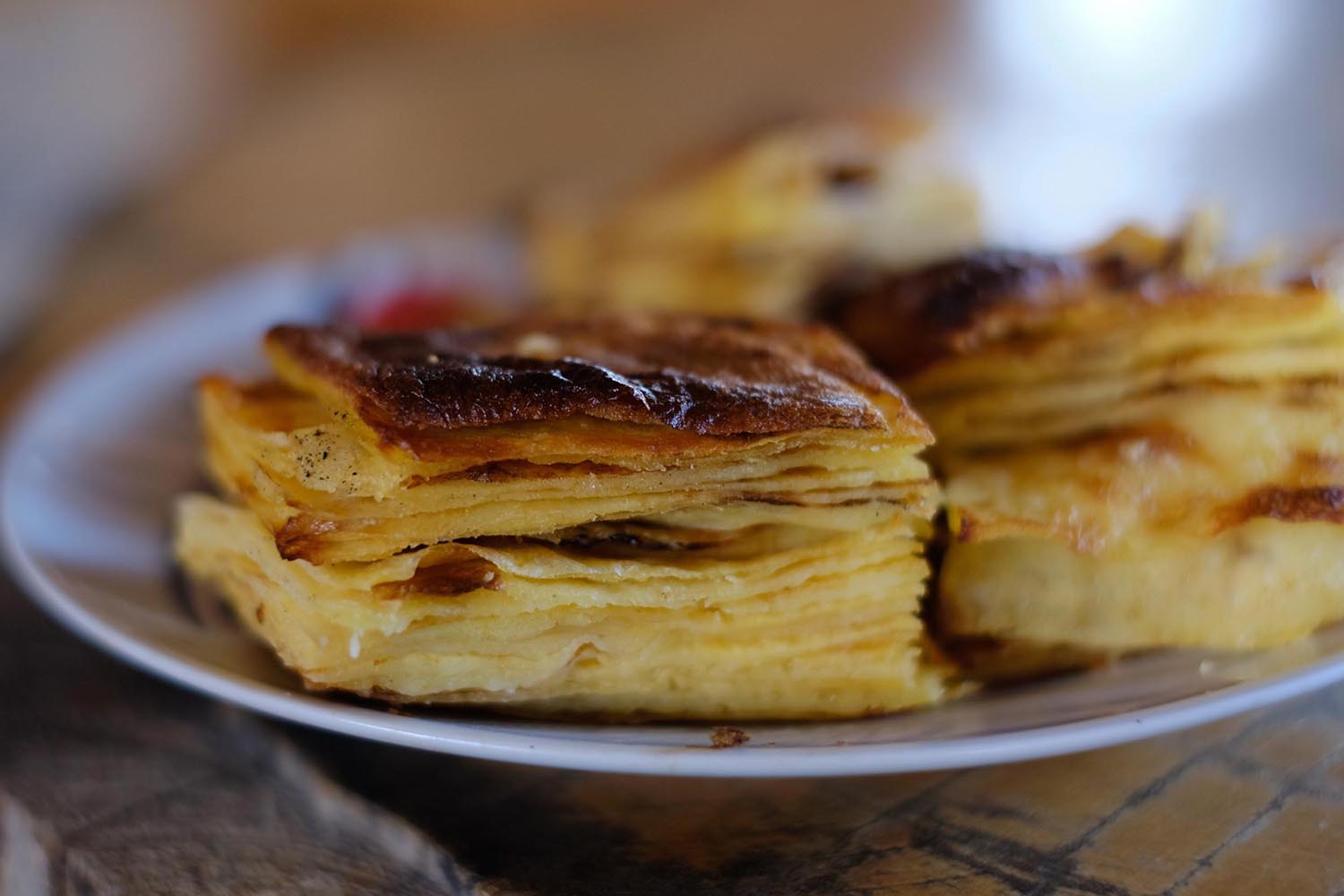 In the village of Shishtavec we experienced Flija but this time there was cornmeal in the batter and this imparted a specific barbecued flavor, unlike any other Flija 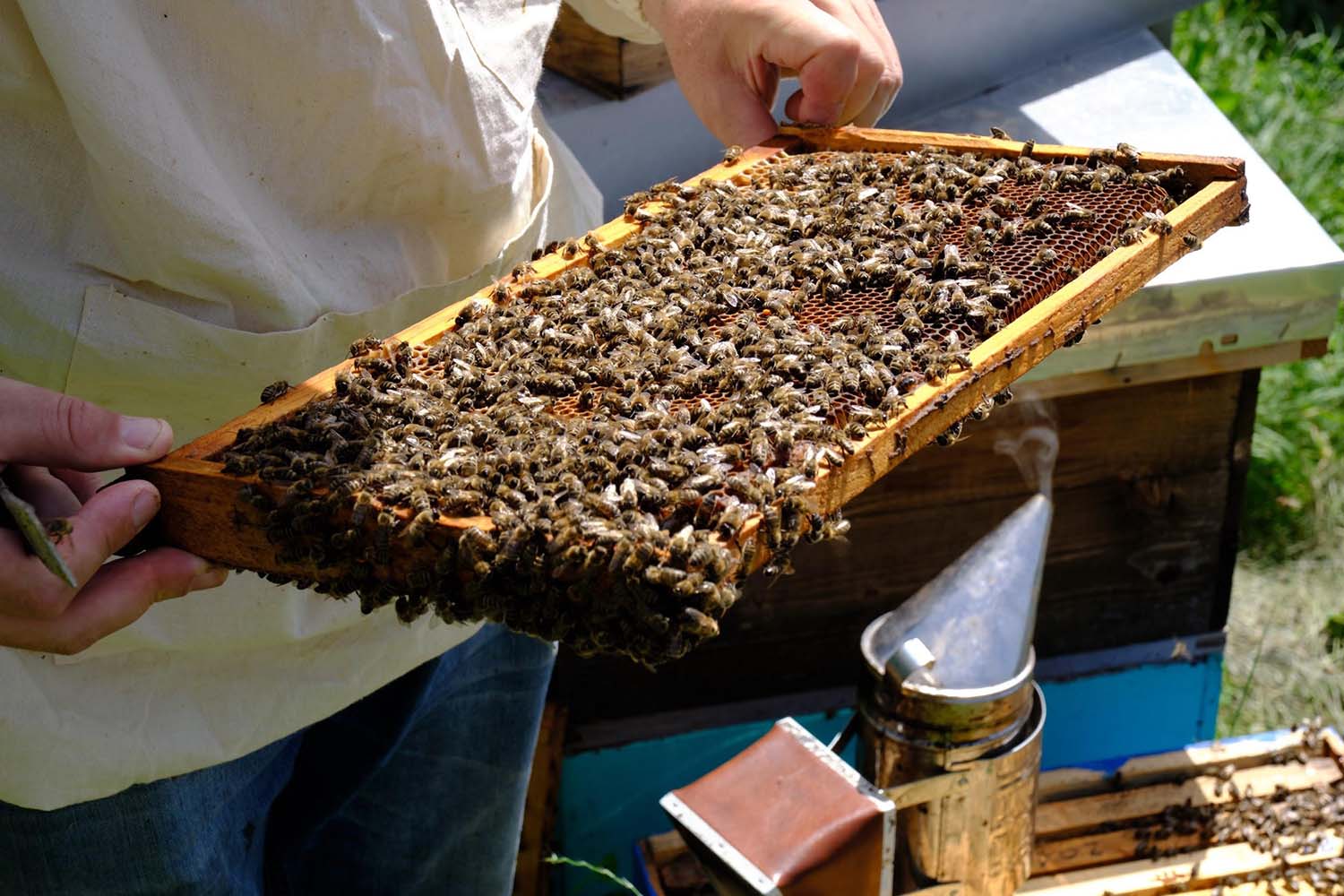 In Tropoje, the region where my family is from, there is an abundance of chestnut trees and during midsummer honey production is in full swing

Chestnut honey from Tropoje is the most fragrant, pungent, complex and delicious kind of honey I have ever tasted and is destined to be paired with caj bjeshke. Wild flowering mountain oregano is collected and dried and made into tea, caj bjeshke, a staple of the pastoral diet. Flavoring your morning çaj bjeshke with chestnut honey is essential.

In the Lagoon of Vain local restaurants have very high-quality seafood at their disposal and prepare it all using charcoal barbecues and salt. That’s it. This buke kallamoqi from white corn, not yellow monoculture, employs the thinking of merely elevating flavor to such heights without altering the ingredients. 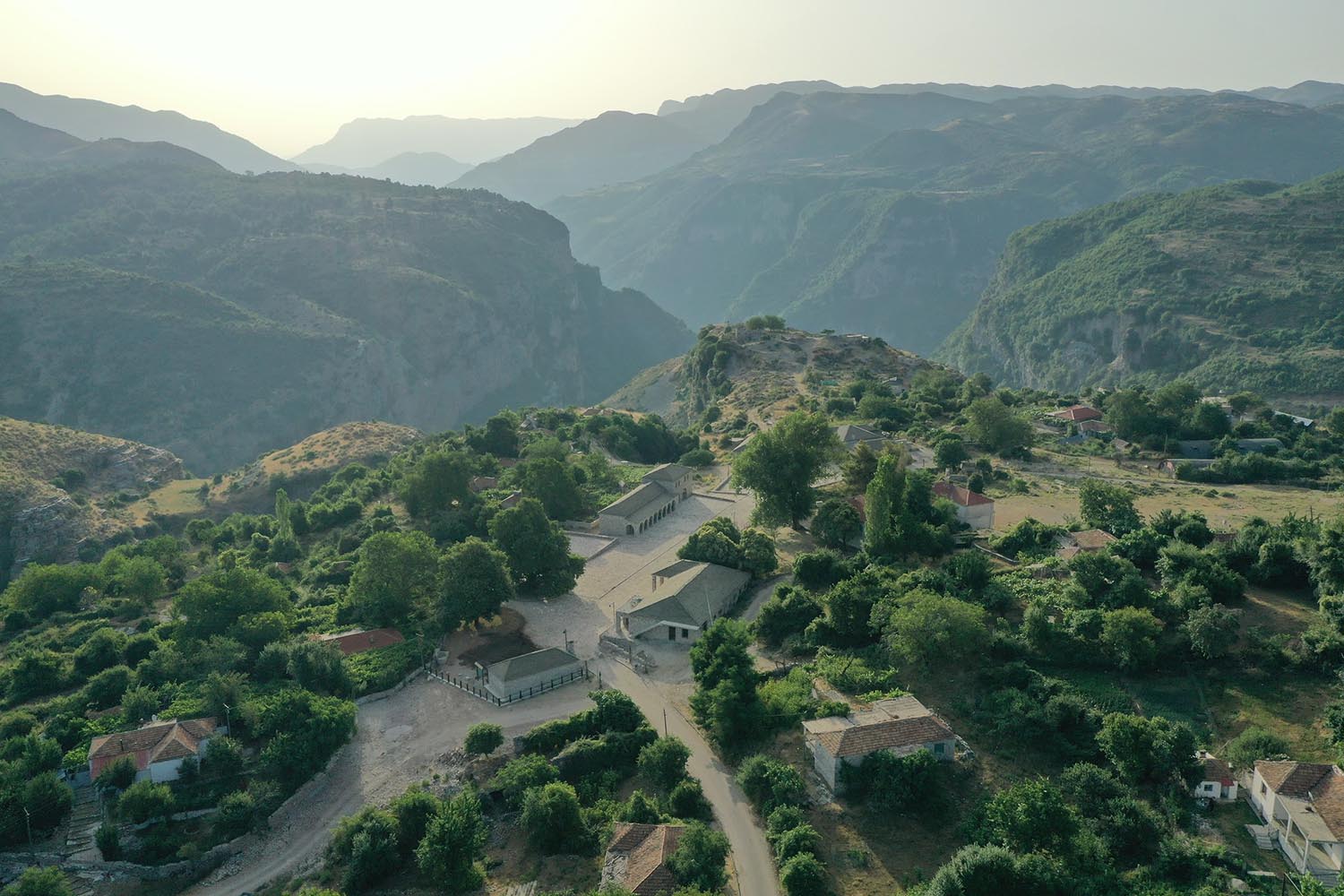 We spent hours to reach the tucked-away mountain paradises of Nivica. Nevermind having one of the most jaw-dropping landscapes in all of Europe, Nivica is home to a style of cooking based off wild mountain herbs, the cattle which graze upon them and sac

Thin sheets of dough stretched by hand layered with several varieties of wild herbs picked minutes before and then cooked under a sac render an experience of outdoor cooking that holds the spirit of Albanian gastronomy. 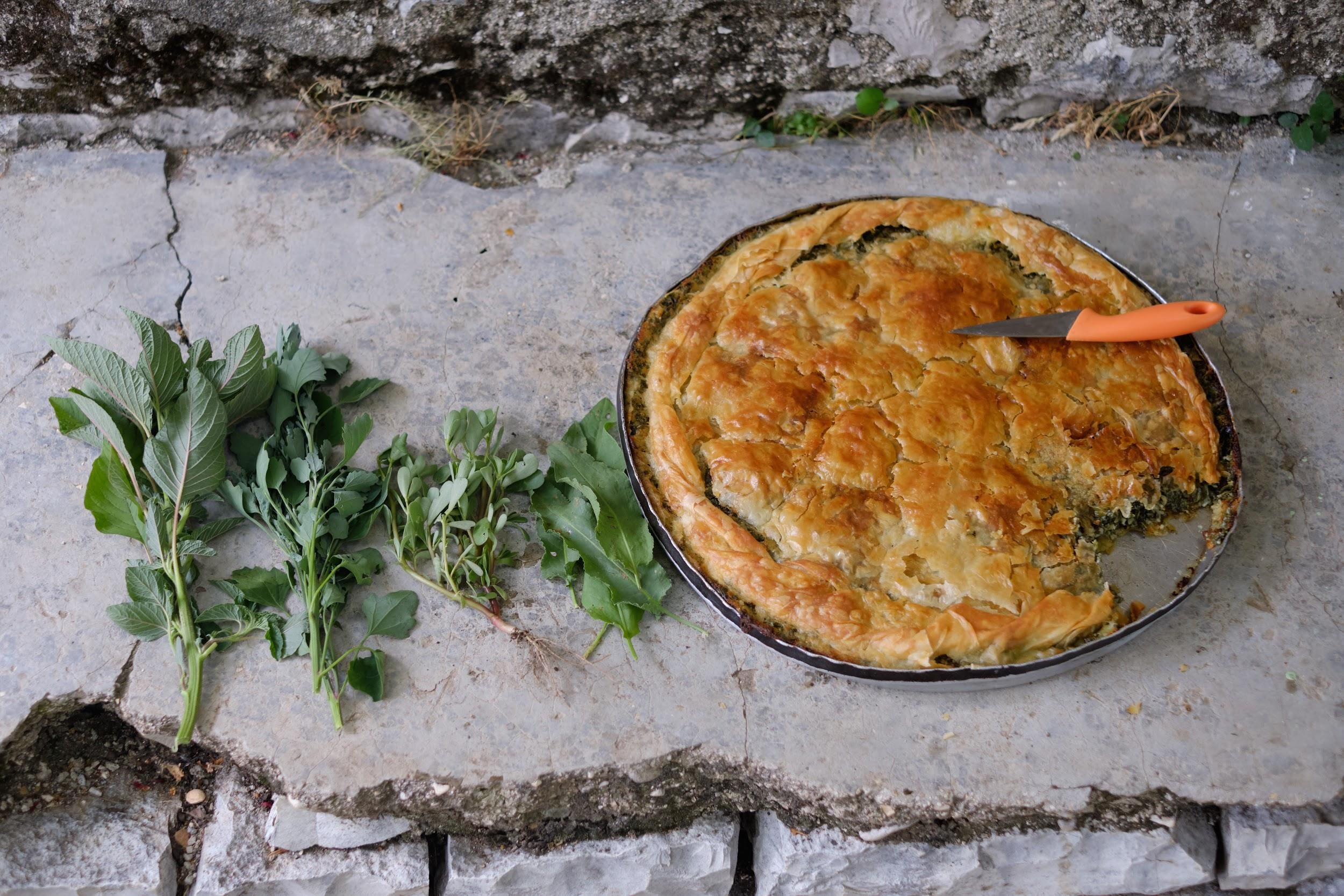 Some make raki with grapes, some with plums and in the village of Boboshtice they make raki from a special type of mulberry which only grows there. These mulberry trees reach an age of several hundred years and the history of its raki production even older

One cannot finish a great meal without trying the many varieties of raki made all over Albania. What also makes Albanian raki special from many other types is that no spices are added, stressing the pure flavor of the fruit without being masked.