A Unesco city, Gjirokastra is without a doubt one of the best places to visit in Albania. Unique Ottoman period architecture – with houses designed like small castles – can be found all over Gjirokastra, which has a military museum and art gallery in its amazing castle that dominates the skyline.

A folklore festival also takes place in Gjirokastra’s castle every five years – the last one was in 2015. Visiting the old Ottoman bazaar in Gjirokastra should be on the agenda for anyone visiting this part of the country.

Gjirokastra is famous as the birthplace of world-renowned author Ismail Kadare and Albania’s former dictator Enver Hoxha – today their old homes are museums.

Top things to do in Gjirokaster

Gjirokastra’s most interesting sight in no way relates to its traditional architecture, but instead to its far more modern kind: this is a giant bunker built deep under the castle for use by the local authorities during the full-scale invasion Hoxha was so paranoid about. Built in secret during the 1960s, it has 80 rooms and its existence remained unknown to locals until the 1990s. Personal guided tours run from the tourist information booth on the main square all day.

Gjirokastra’s eerie hilltop castle is one of the biggest in the Balkans and is definitely worth the steep walk up from the Old Town. The castle remains somewhat infamous due to its use as a prison under the communists. Inside there’s an eerie collection of armoury, two good museums, a recovered US Air Force jet shot down during the communist era, and a hilariously hard-to-use audiotour that’s included in your entry fee. The views across the valley are simply superb. 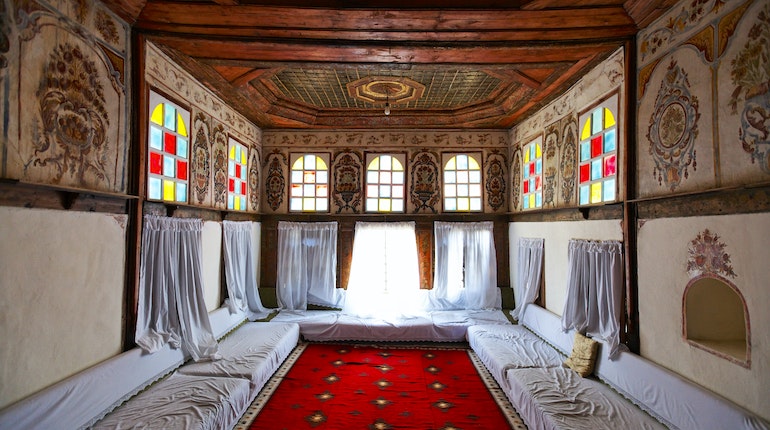 This incredible three-storey house dates from 1811 and has twin towers and a double-arched facade. It’s fascinating to nose around the almost totally unchanged interiors of an Ottoman-era home, especially the upstairs galleries, which are the most impressive. The owners live next door and collect the payments; to get here, follow the signs past the Hotel Kalemi and keep zigzagging up the hill. This superb new museum is a beautifully lit and presented, fully English-signed display on the long and fascinating history of the town. Some highlights include a 6th-century grave containing the skeletons of two small children, as well as information on such luminaries connected with Gjirokastra as Ali Pasha, Lord Byron, Edward Lear and Enver Hoxha. 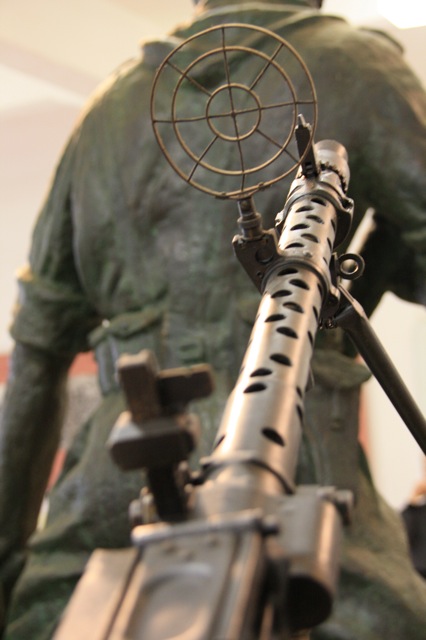 As well as photos of the partisan resistance against the Italians and a vast number of rifles and machine guns, it’s possible to visit the cells where political prisoners were kept between 1929 and 1968. It’s a humbling experience. Look for the seven windows that face the town here: “you’ll be sent to the seven windows” was a common threat to naughty children in the town throughout the communist era. 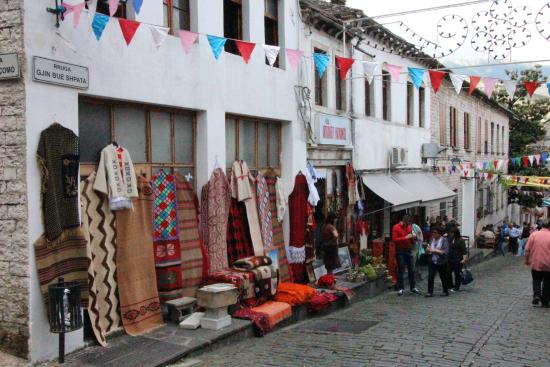 The ‘Neck of the Bazaar’ makes up the centre of the Old Town and contains artisan shops that support masters of the local stone- and wood-carving industries. A full renovation is promised in the next few years, which will hopefully preserve the many crumbling facades rather than sanitising this historic intersection of cobbled streets.

This museum houses local homewares and was built on the site of Enver Hoxha’s former house, in the middle of the Old Town. Its collection is interesting if you’re a fan of local arts and crafts, but don’t come expecting anything about Hoxha himself.